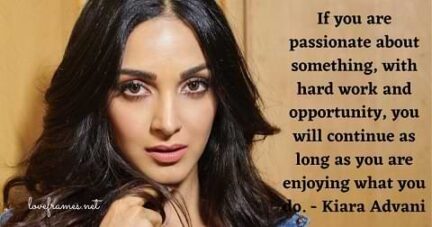 Kiara Advani Quotes: Kiara Advani is a professional name, her real name is Alia Advani. She is an Indian film actor who works in Hindi films, known professionally as Kiara. Her debut film is Fugly and later she also acted in Telugu films. Kiara Advani quotes about her journey in the film industry and those … Read more